Boral Barir pujo is a 2minutes distance from Dhakuria Railway station.The puja is not an old one rather a newly built up puja. The puja is being organized by Avik Boral,21, who took the initiative of organizing the puja. He with his friends and family organize this puja every year. According to him, “ I started the puja in my childhood with small clay models which I used to buy from the Rath Yatra Melas, and worship them,gradually as years increased the puja took a larger shape. The Puja is organized according to the Brihadnandikeshwar puranas, and the Bisuddha sidhanta panjika is followed for the timings. The puja rituals are followed according to the Ramkrishna monks of order.”


“Every year the household durga puja is given a new look, but keeping the sabeki touch.Friends and family every one put up hands to construct the ornaments of the idol, we don’t purchase the ornaments we make it on our own, even the patachitra is also painted on hands by us.”
Concluded Avik. 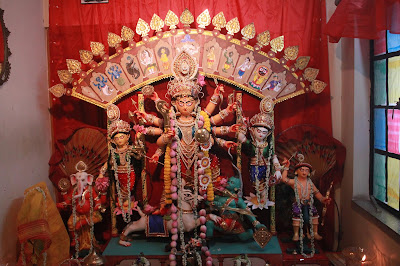 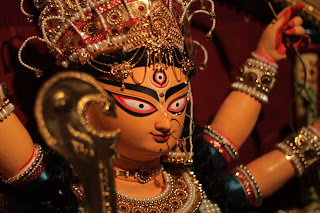 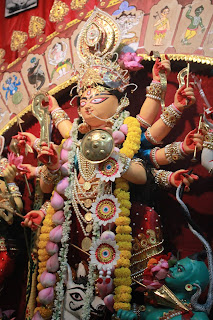 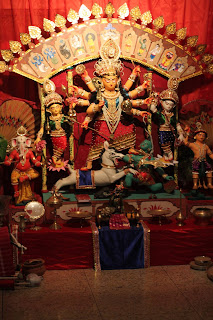 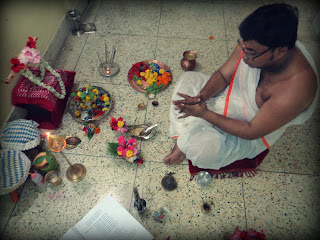 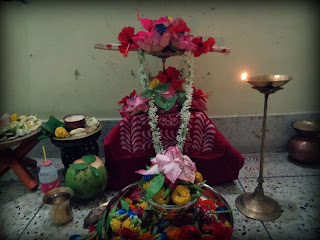 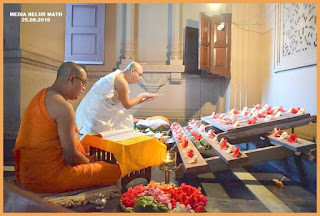 Images By: Avik Boral
Posted by Sharadiya at 02:38 No comments: