Durga means impassable, invincible, and unassailable - the one who can fight against evil and protects the universe from negativity. She appears in various forms as an independent deity in the pages of ancient history. Another name for Maa Durga is Durgatinashini which resembles- '  the one who eliminates suffering'.

When the world was helpless and unable to demolish the evil demon Mahishasura, the Trinity of Brahma, Vishnu and Shiva created a powerful female incarnation called Goddess Durga.

Durga emerged from the holy water of Ganga as a psyche when all the good and goddess from her into a physical form with ten hands - as the most powerful to defeat the demon.

Maa Durga's face was structured by Lord Shiva, while her torso was crafted by Indra. Her breasts and teeth were made by Chandra and Bramha respectively. The most unique part of Maa Durga is her eyes which were crafted by Agni. She was a supreme power where every god and goddess created with their powers. She was born as Mahamaya - the Great Mother of the Universe who will protect everyone from the destruction of civil forces in the universe.

After acquiring her physical form, every god and goddess gifted her their blessings in the form of weapons. The ten hands of Goddess Durga holds:

Conch - symbolizing the antediluvian sound from where the entire creation is formed.

Sudarshan Chakra - symbolizes that since Durga is the creation of all gods, so all the universe revolves around her.

Sword - Mark of sharpness and overcome their negativity.

Bow and Arrow - a symbol of energy and strength

Trishul - it has three qualities of Tamas, Rajas and Sattva.

Axe - the power to destroy and create

Snake - indicates the upward movement from the lower state of consciousness to the high state of existence.

Maa Durga is also called as Triyambake, resembling the three-eyed Goddess. The left eye represents desire, peace and calmness of the moon. While the right eye represents the power of the sun; and the middle or central eye replicates the ability to burn with its power of fire. 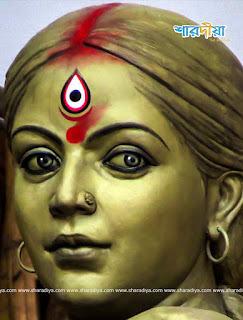 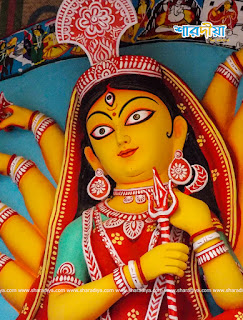 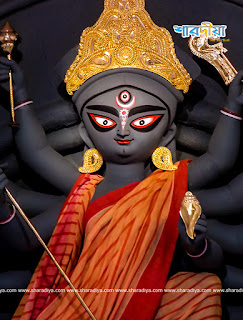 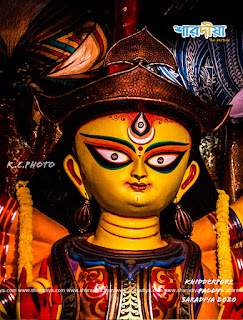 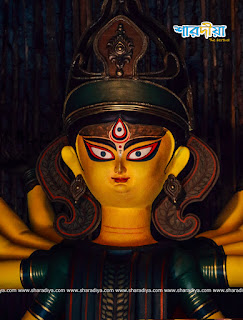 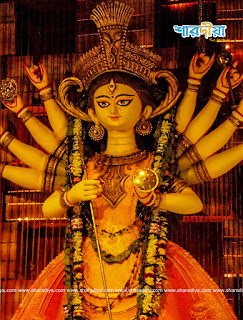 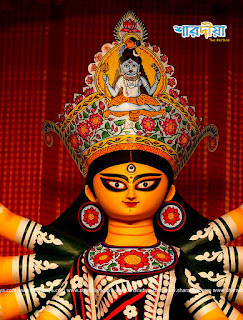 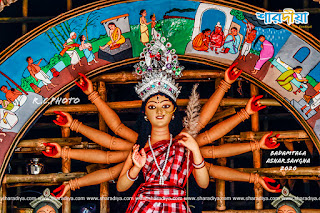 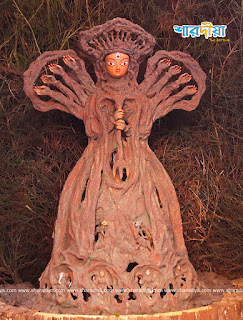 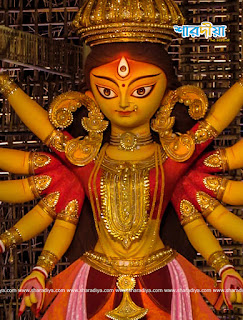 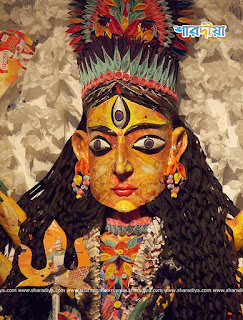 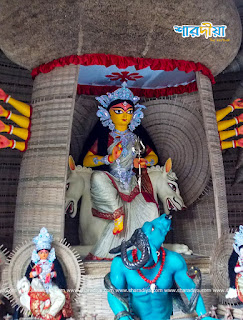 Posted by Sharadiya at 09:20 No comments:

The festival of Durga Puja at Kolkata appears to be a remarkable tradition. Durga puja as used to commemorate by the aristocrat families and Zamindars of ancient Calcutta relates the history and foundation of Kolkata. In this post, tried to show a glimpse of the century old Durga Puja celebrations of the aristocrat and Zamindar families of Kolkata. 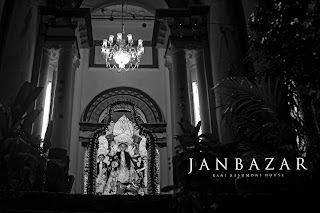 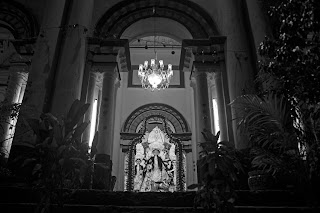 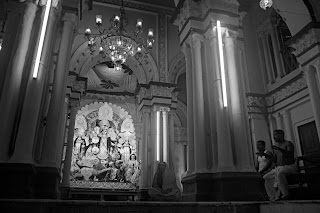 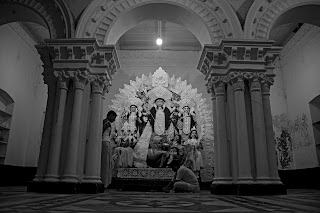 Rani Rashmoni ( রানি রাসমণি, 1793—1861 ), after her marriage, she continued the tradition of celebrating Durga Puja at her house at Janbazar. Rani Rashmoni’s House at Janbazar wasvenue of traditional Durga Puja celebration each autumn. This included traditional pomp, including all-night Jatra (folk theatre) and Kabi gaan. Maharshi Debendranath Tagore used to visit this house during Durga Puja. The idol of Durga having a speciality to mention that its face color is “Tapta kanchan” Barna and it is maintained. Ramakrishna and Sarada Devi also worshiped here. 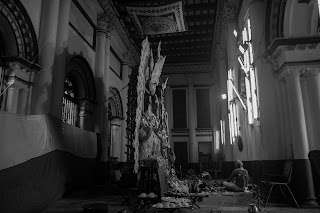 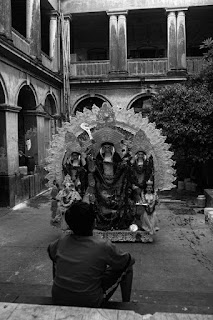 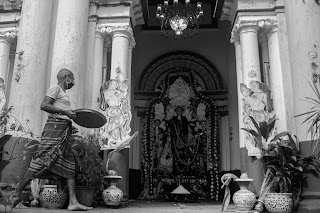 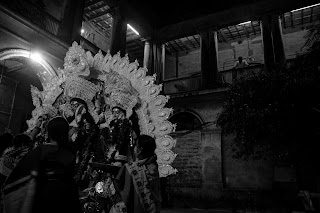 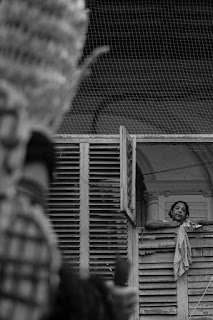 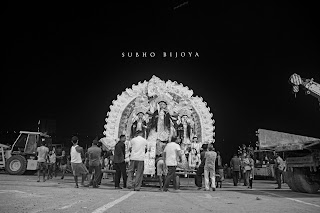 Posted by Sharadiya at 23:12 No comments: 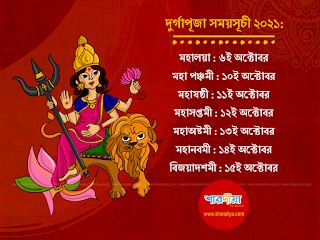